Bob Bennet's consumate fingerstyle guitar playing, paired with his distinctive dulcet toned voice and lyrical craft, draw you into his songs as master story teller.  With nine albums to his credit, including a CMM "Album of the Year" and two chart topping #1 singles, he has always lurked outside the fringes of Contemporary Christian Music, crafting songs that detail not only his joys and victories, but also his disappointments, struggles and failures.

Bob's acoustic folk-style recordings have honestly confronted the messy side of human existence over the years. But those who have discovered his depth, wit, honesty and musicianship consider him to be one of Christian music's foremost songwriters.

Deliberately subjective in his lyrics, Bob Bennett allows listeners to eavesdrop on his personal observations and then decide for themselves if the words ring true. Ultimately, he reaches into hearts, using his abilities to craft language and music to tell the stories inside each of us. 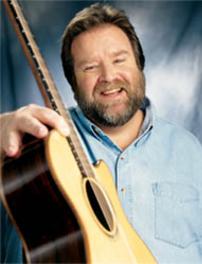