What the critics say:
"I love it when I come across an independent artist that's exceptional. In the grand scheme of things, many independent artists are independent for a reason. Without going into all that, Tom Conlon is like a well kept secret that needs exposing to the world at large."   "...moves and feels as if Paul Simon, Joni Mitchell and Bruce Cockburn are all on your front porch."

“Where argument and reason fail to persuade, music and narrative move the heart.  I was first drawn to Tom Conlon because he is a transcendent guitarist.  Once I began listening, though, I was captivated by how this intellectually agile man created music and story conveying beauty, truth, and goodness."

For the past two decades Tom has endeared himself to audiences across the U.S. and Europe with a unique delivery of story and song that's both transporting and intimate. Offering his recordings on a pay-what-you-will basis has always reinforced the kind of gathering-of-friends his concerts have become.

“This affords me and my listeners the risk and reward - the connection inherent to giving. I believe there’s no such thing as an independent artist.. my grassroots family has kept me buoyant over the years, and helped me celebrate the uncertainty of doing things a bit outside of the music industry.. but it's always felt more like a calling than a career.”       - Tom

In addition to his concert schedule, Tom conducts workshops throughout the year on song-craft, performance and the intersections of faith and art. 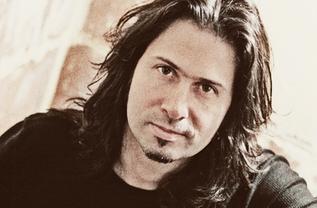